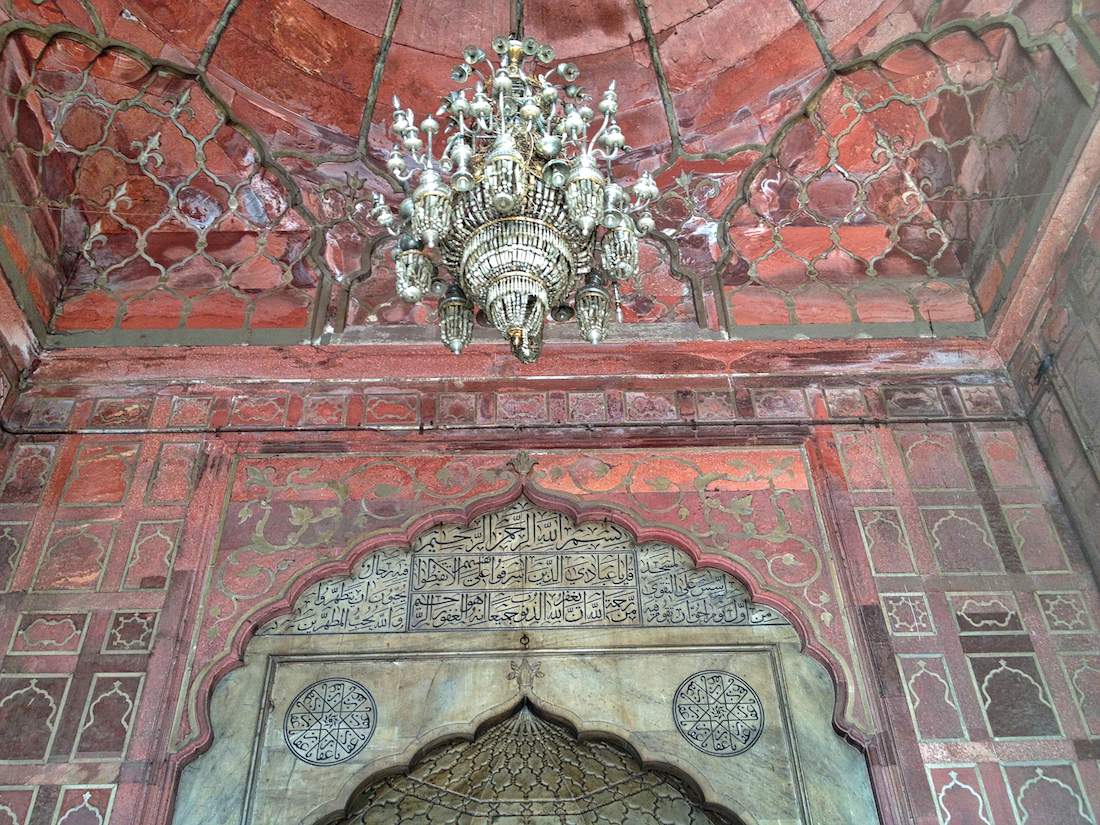 This great mosque of Old Delhi is the largest in India, with a courtyard capable of holding 25,000 devotees. It was begun in 1644 and ended up being the final architectural extravagance of Shah Jahan, the Mughal emperor who built the Taj Mahal and the Red Fort. It was completed in 1656. The highly decorative mosque has three great gates, four towers and two 40 m-high minarets constructed of strips of red sandstone and white marble. You can enter, after hiring robes at the northern gate to ensure you are appropriately clothed while visiting the mosque.

It lies at the beginning of the Chawri Bazar Road, a very busy central street of Old Delhi and is a good starting point to explore the city further.

Jama Masjid is open daily from 7am to midday and 1:30PM to 6:30PM (tourists are not allowed in during prayer). Entry is free however there is a fee of Rs 200 to take photos.