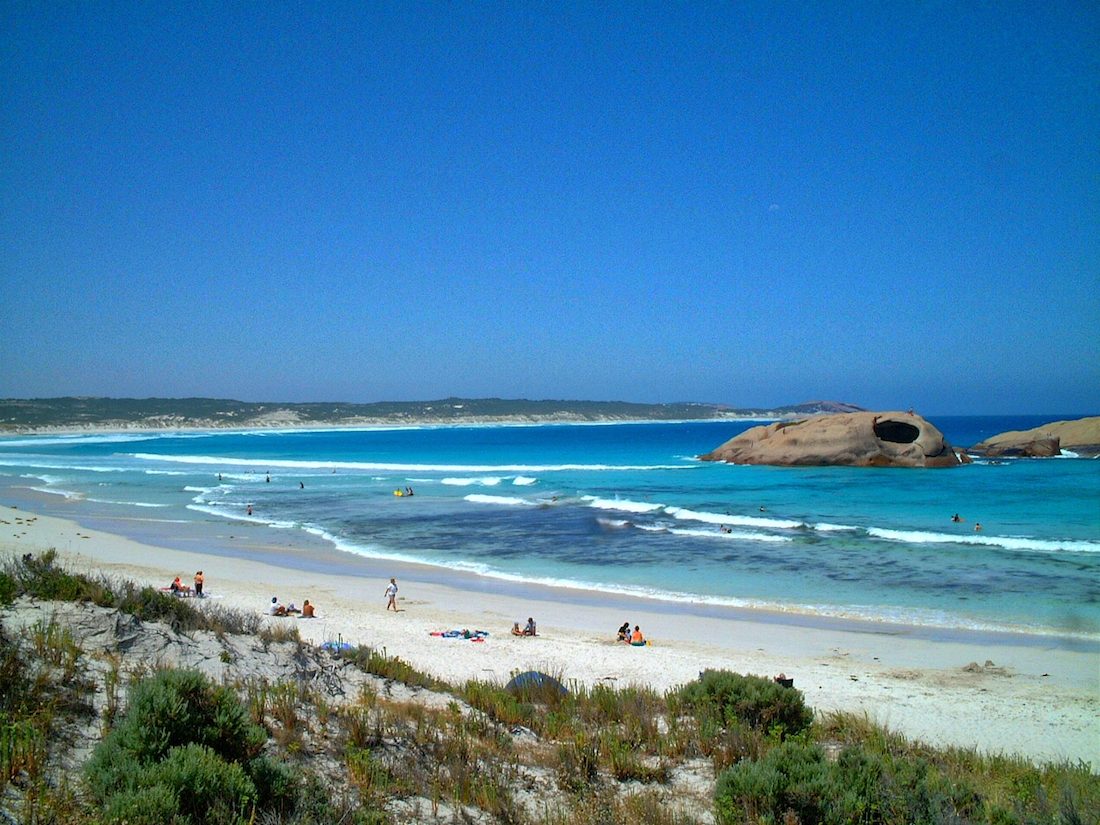 Espérance is French for hope and that’s what French explorers had when they sought sheltered there from a storm back in the 18th century, they survived and they even gave Esperance its town’s named after their boat. Esperance is a long way from everything about 730 km from Perth, Western Australia capital city. The town developed from the gold boom back in the 19th century and is now a popular spot for surfing, swimming, fishing, camping, hiking and nature lovers.

The beaches around Esperance are among the nicest we have seen, beautiful white sand, clear blue waters. Twilight beach was our favourite with its rock formation, West beach for hard core surfers overlooked by Eagleview and Lucky bay with its white sand beach, the whitest in Australia apparently!

Another thing to do as well is the Ocean drive, a beautiful scenic drive with panoramic views and coastal sceneries.