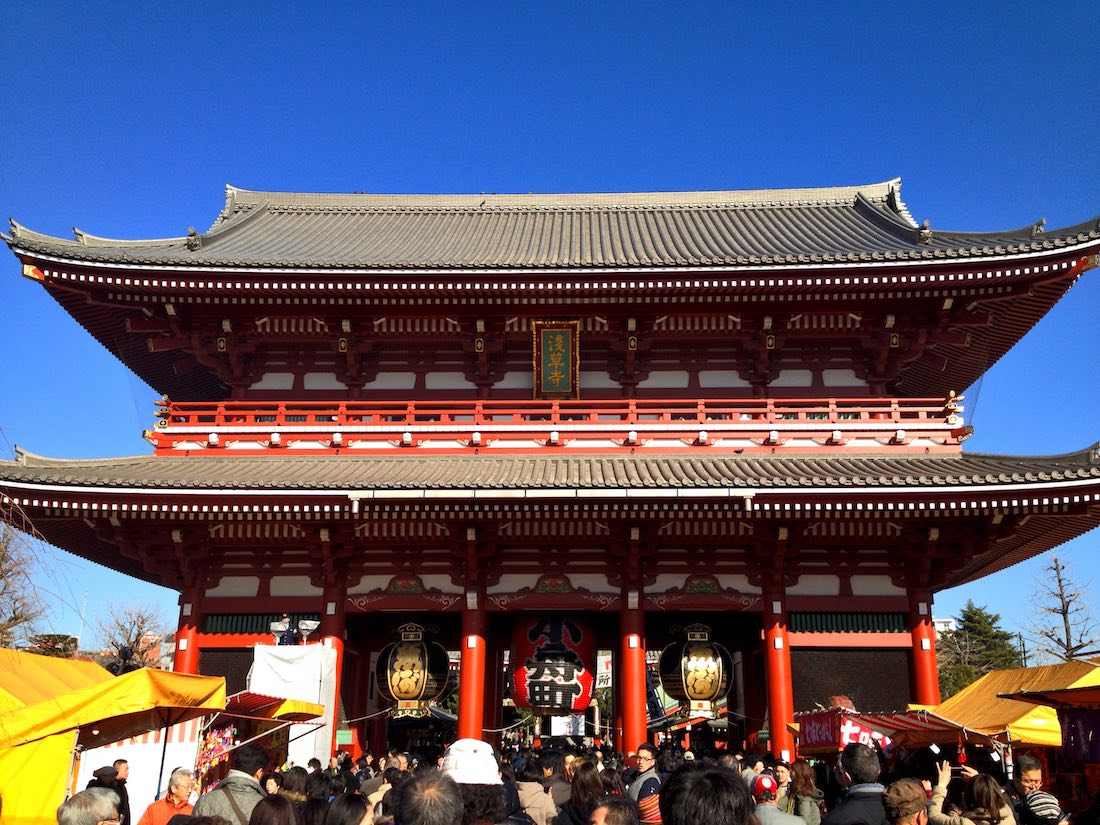 Sensō-ji Temple is an ancient Buddhist temple located in Asakusa, Tokyo, Japan. It is Tokyo’s oldest temple and one of its most significant. The Nakamise-dōri is a street on the approach to the temple and is filled with street vendors selling street food, talismans and souvenirs celebrating the New Year.

The Daruma doll is a hollow, round, Japanese traditional doll modeled after Bodhidharma, the founder of the Zen sect of Buddhism. Though considered an omocha (toy), Daruma are regarded more as a talisman of good luck to the Japanese. Daruma dolls are seen as a symbol of perseverance and good luck, making them a popular gift of encouragements and were available to purchase in and around the Sensoji Temple in Tokyo when we visited on New Year’s Day.